Procedure to Apply Frosted Window Film on the glass effectively

You’ve just finished mounting your stunning new windows, and are now basking in the glory of natural sunlight penetrating your house. However, for all the pesky neighbours staring at your newest additions as well as unscrupulous elements trying to take a peek in, too much of ‘openness’ can get you into a problem! Incorporating privacy glass panels is the fantastic way to preserve your household’s privacy, without blocking the natural sunlight from coming into your house— the frosty panels also help integrate your windows pretty well into your home’s unique decor and style.

How to Frost a Glass? 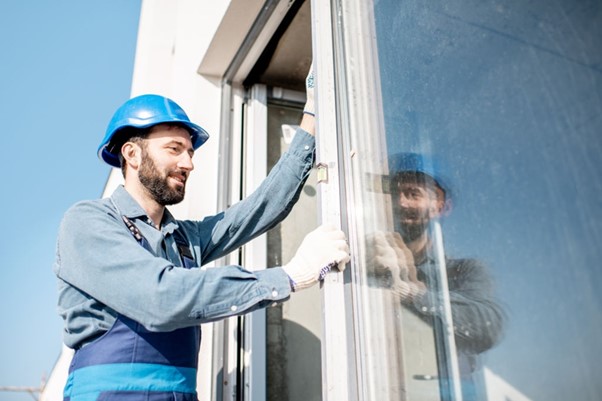 Have you ever encountered an alluring type of glass whose texture is not entirely clear but rather somewhat hazy, rough and translucent; so much so that you are almost compelled to wipe it clean with an intent of restoring clarity? A frosted glass looks a little distinct from your conventional clear glass and finds uses in various places, thereby improving any space’s architectural appeal.

Frosted glass, in scientific jargon, is a transparent glass panel that is altered to turn opaque by using techniques of sandblasting or acid etching. The final product comes out as translucent, obstructing visibility even though it is capable of transmitting light by dispersion. This frosting effect can also be obtained by introducing a vinyl film that serves as a screen print on the glass surface, or through spraying glass frosting products. 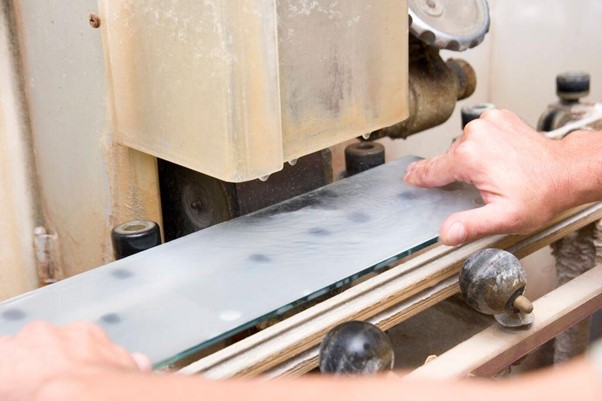 In essence, sandblasting is the procedure of spraying the glass surface with tenacity and high-pressure, which imparts it a pearlescent white appearance.

Sandblasting is a generic term used to describe the act of directing very fine bits of substance through steam or air to scrub or etch a glass surface at high speed. In a few sandblasting applications, artificial particulates or tiny bits of coconut shells are occasionally used rather than conventional sand.

The sandblasting methodology is used to distort visibility through glass, but it still transmits light through the surface, albeit dispersed. Varied  shapes and patterns can be formed with sandblaster by using a mask that opposes the caustic pressure of the grit. Based on the design, the mask could be hand-cut, or machine-generated. 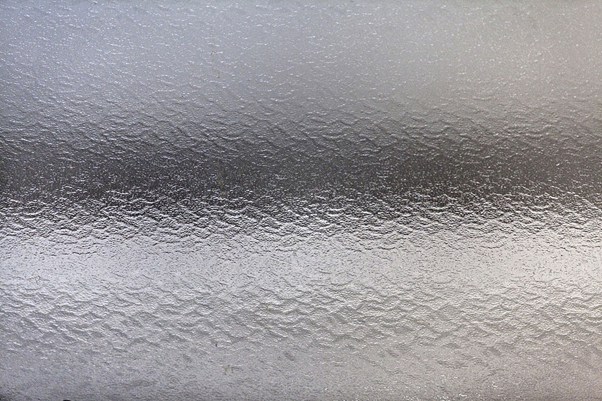 Acid-etched glass is the term used in reference to frosted glass that is treated with hydrofluoric acid to give a frosty appearance to its surface. Whole glass sheets may be acid-etched, or tiny segments might be treated to add distinct forms.

Since the finished surface is smoother to the handle and easier to manage, acid-etching is often seen as a good option to sandblasting technique. This type of glass can endure pressure better and stay stain-free longer. Further, it can be sliced into any size or shape and then tempered— thanks to the unmatched sturdiness. The technique can be applied in variation to manage the level of opacity. It is regulated in accordance with the final product use.

How a Frosted Window Film is applied? 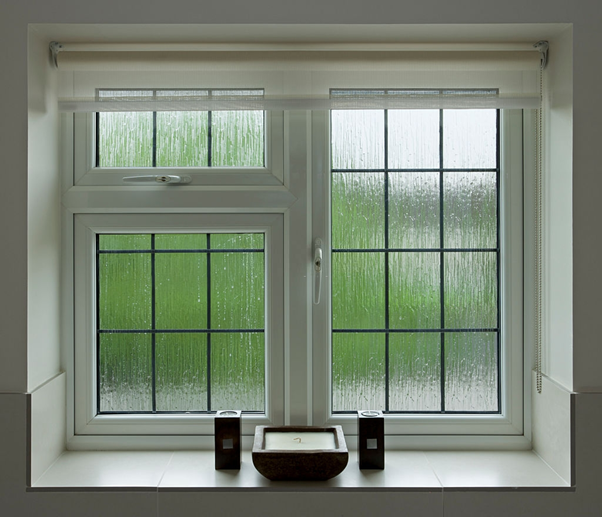 Before moving ahead with the Frosted glass window Film application, here are a few pointers that you need to be wary of:

Frosted Window Films offer the easiest means to pull off Frosted glass appearance without having to buy separate glass panels that went through complex sandblasting or acid-etching procedures.

In short, Frosted film is an outstanding, dynamic, as well as cost-effective window solution for office as well as residential settings. This robust, inexpensive product enables a large deal of sunlight to come through while maintaining a high degree of privacy at the same time.

Frosted films are critical in the spaces where there are multiple and wide sized windows, as they can prevent excessive heat and glare from sunlight too. Window frosting is perfect for achieving stunning looks as well as the utility— the product is also available in a wide range of designs to choose from.